My name Edaena Salinas. I’m originally from Mexico. I’m a Software Engineer at Microsoft since 2014.

In 2016, I created The Women in Tech Show, a podcast about what we work on, not what it feels like to be a woman in tech. I’m also the Producer of the 5 Minute Mentor Podcast.

It is a known fact that there are not enough women working in the tech industry. However, there are women out there shaping technology, influencing its development, creating amazing products, and making new discoveries through research. These women typically get asked “what does it feel to be a woman in tech?” or they get invited to give the diversity talk instead of being asked about what they work on. This show is about their work. I will explore topics in technology, science, research, entrepreneurship and more.

This is not going to be a show where women in tech are only talking about women in tech, I want this to be more than that.

I hope you enjoy it and learn something new on each episode! 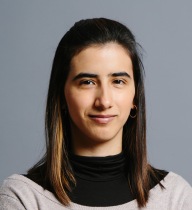 This show is not affiliated with Microsoft, the opinions are my own. 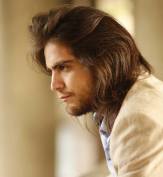 Eusebio Sanchez is an Award-Winning Marimba Player from Monterrey, Mexico. He’s also a Producer at C-DRO and graduated from Tecnologico de Monterrey.

On March 2017 Eusebio joined the team as an Audio Producer for the show.